Back To Institutional, Parks & Recreational 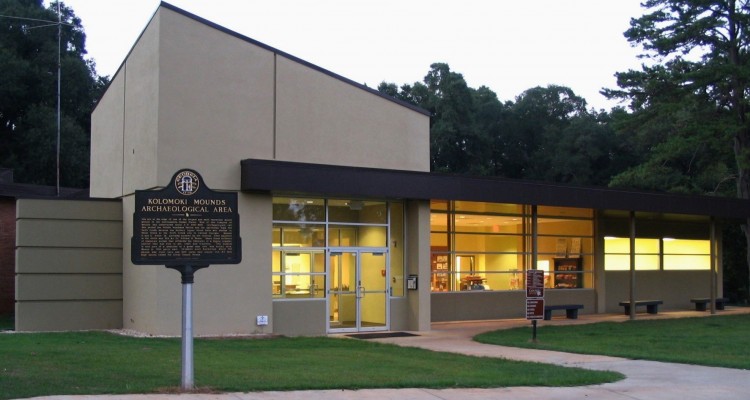 This unusual park is an important archaeological site as well as a scenic recreational area. Seven earthen mounds within the park were built during the 12th and 13th centuries by the Swift Creek and Weeden Island Indians. The mounds include Georgia’s oldest great temple mound, two burial mounds and four ceremonial mounds. The existing building consists of a mound excavation enclosure and adjacent space for artifact exhibits. Respecting these natural landmarks and their surroundings guided many of our design intentions. The addition provides controlled access to the museum and consists of a reception / retail area, offices, and restrooms. Southern windows are shaded to reduce solar gain and north facing windows are optimized to reduce energy costs. A south-facing reflective porch allows indirect light through the window wall and into the retail space. 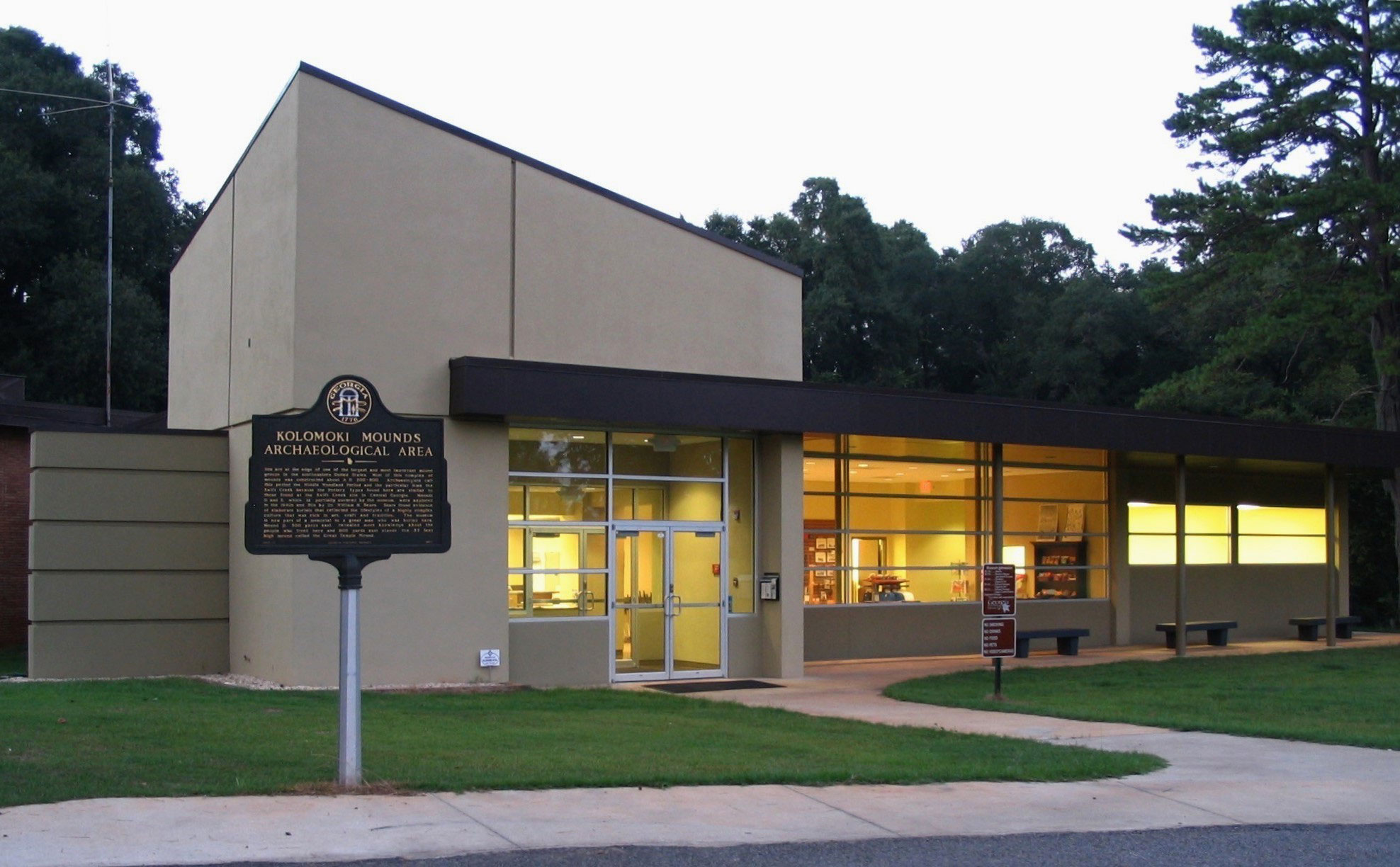 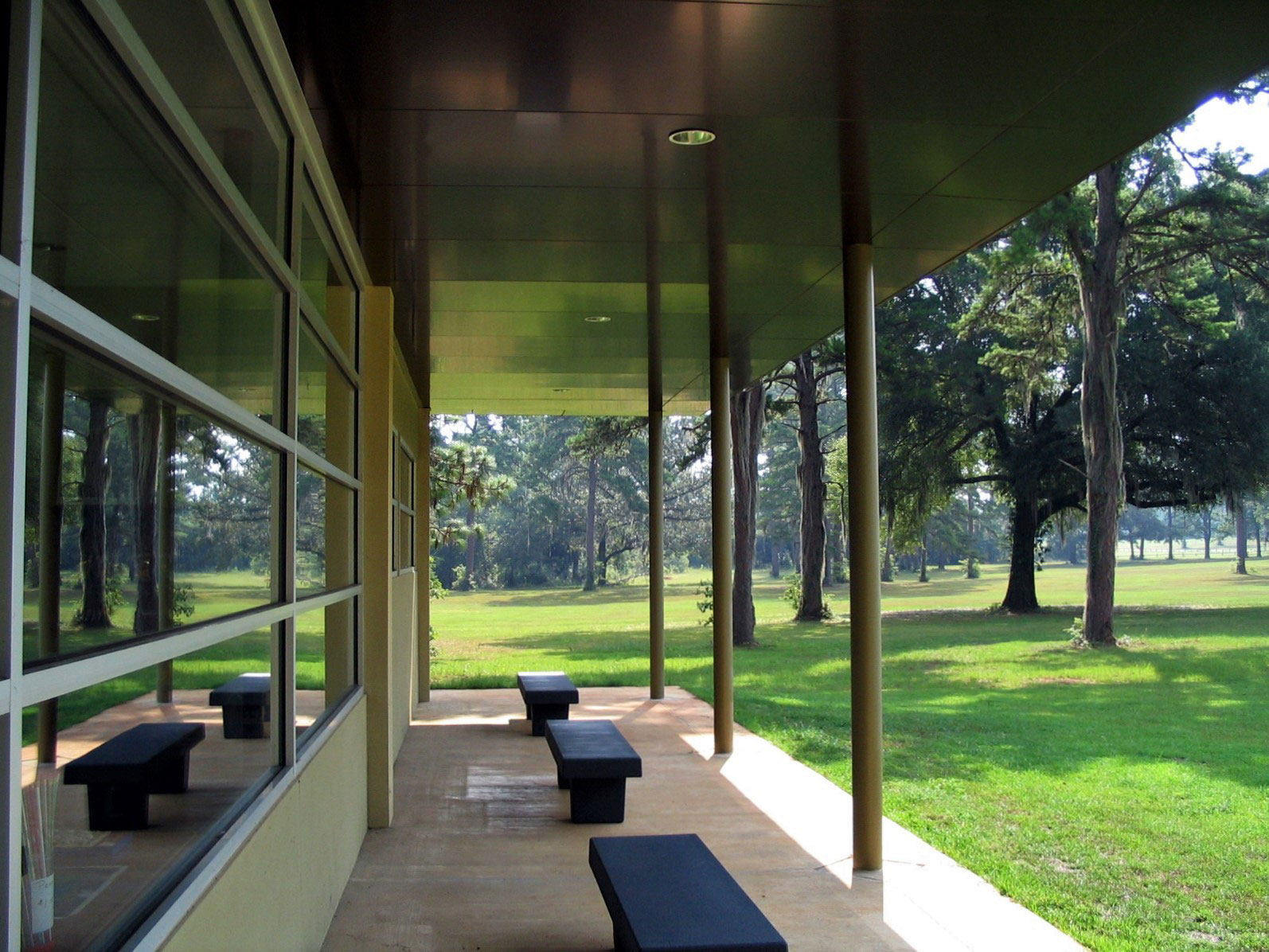 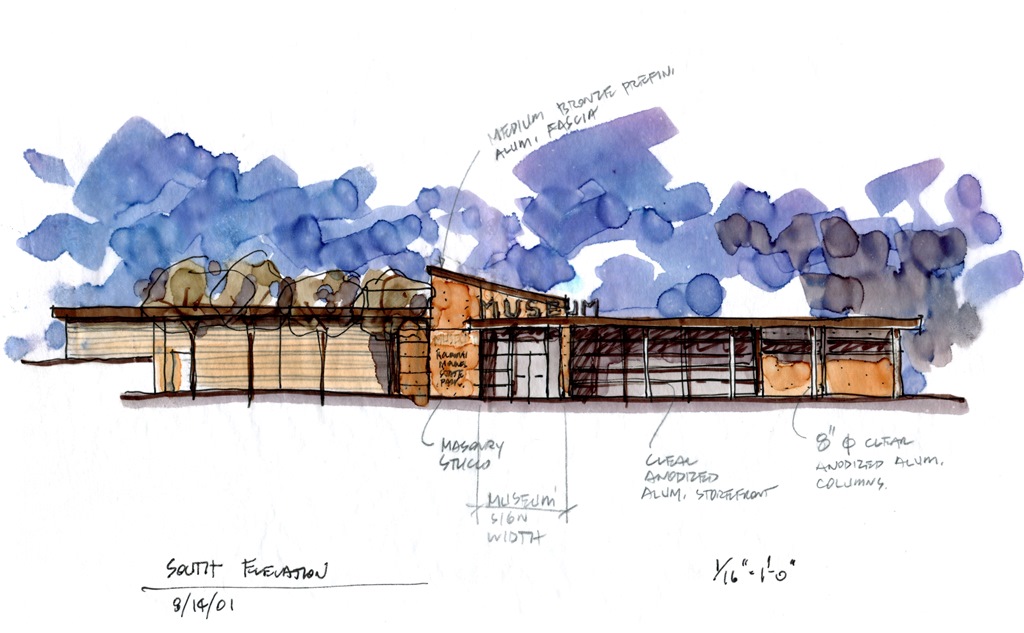 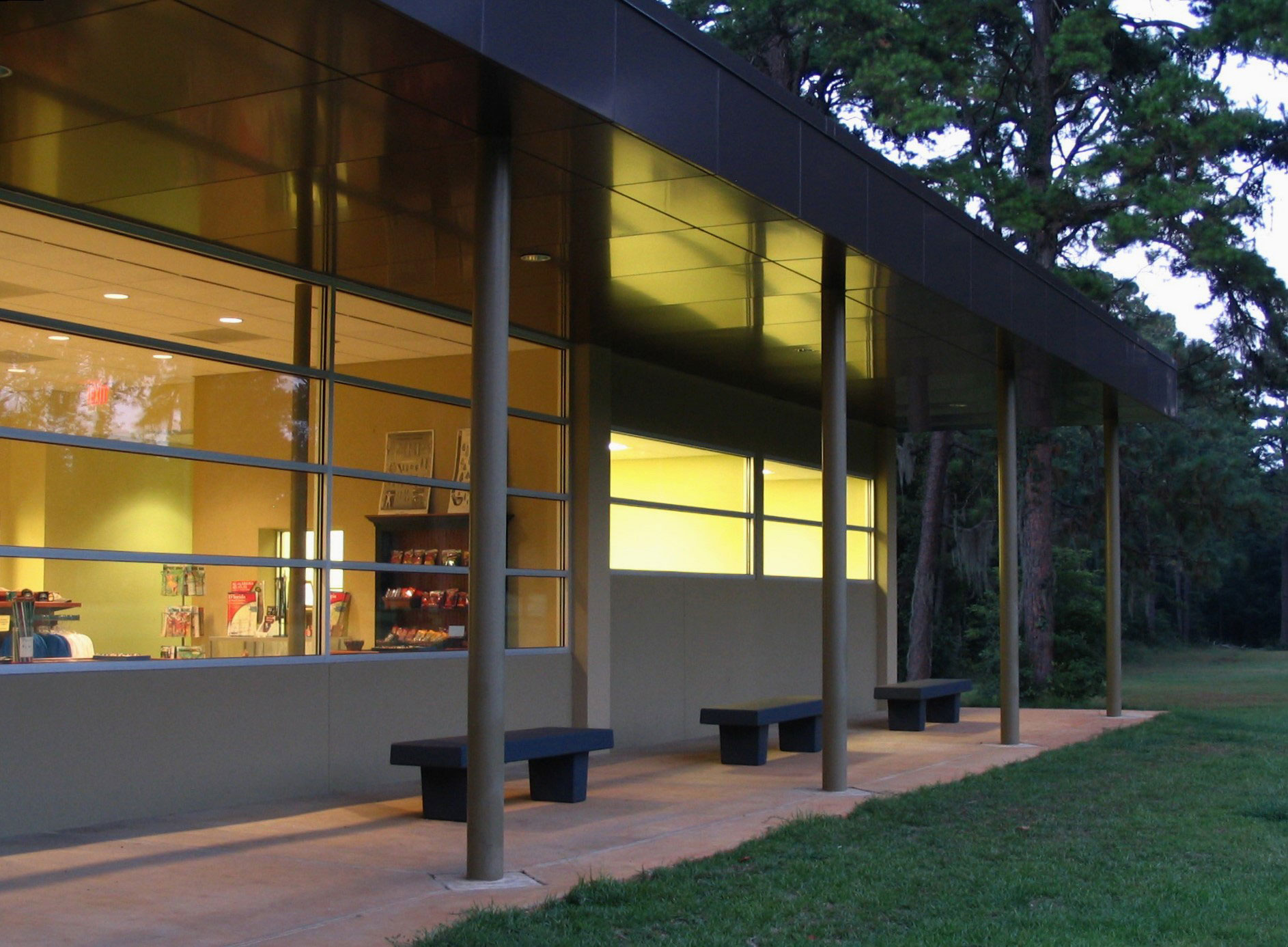 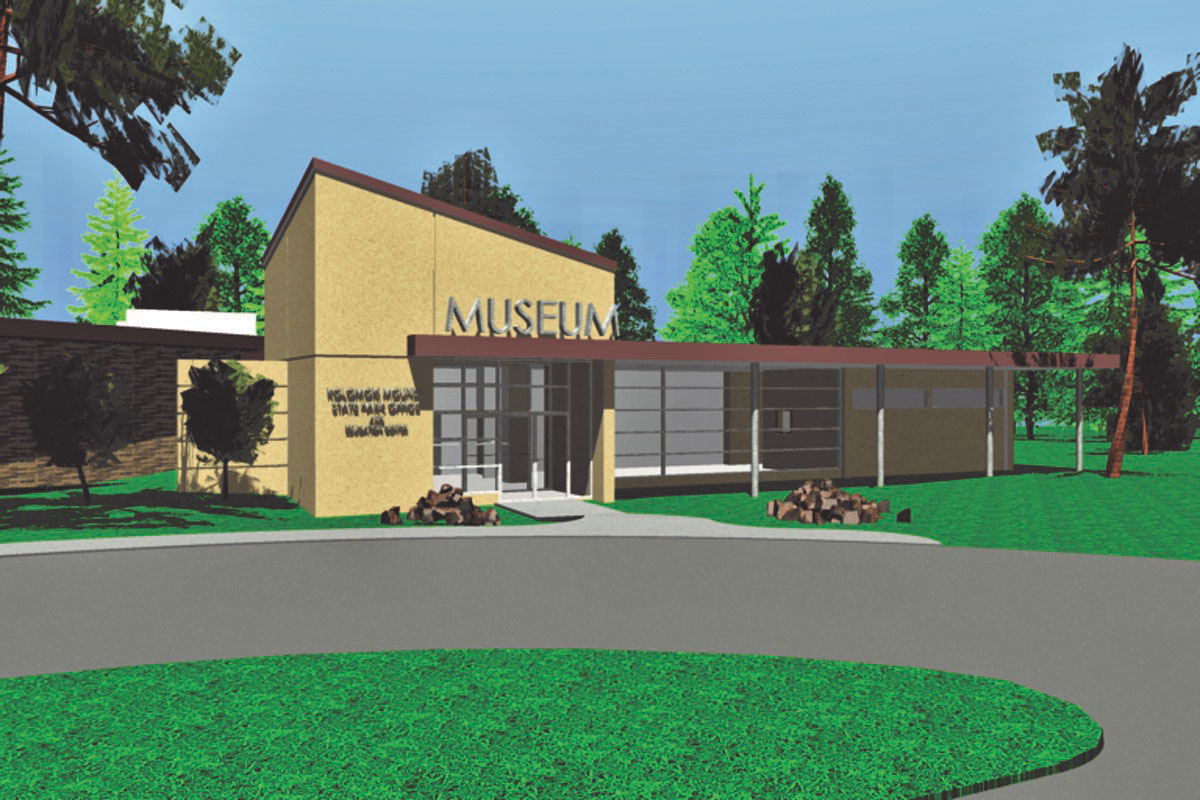 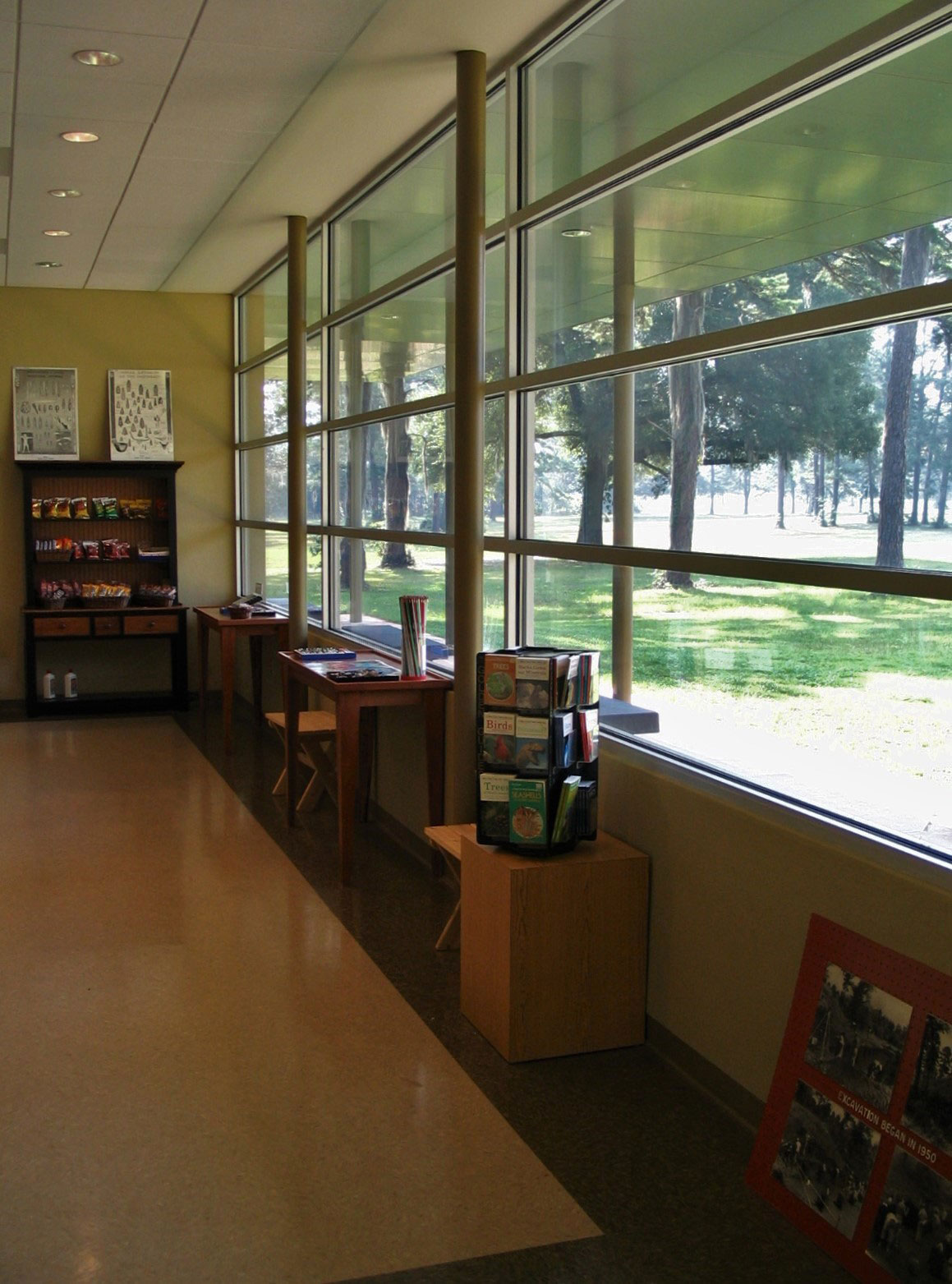